So just who the hell are the Three Guys?

It all started with a conversation over a fantastic beer, some slight intoxication, and the camera on a cell phone.

Throughout the years, we’ve transitioned from simple picture reviews with descriptions to the production you see now. There have been multiple incarnations of “the Guys” (aside from that fat guy in the middle; his seat just gets scooted around for guests), but the mission has never changed: educate people on all things beer. That includes drinking beer, how to pick up different flavors, how to brew beer, brewery tours, brewer questions, and beer festival visits. 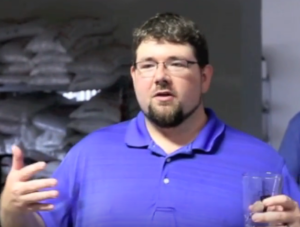 If TGBR took a survey, Dillon would probably win the award for “beer snob.” He’s got a passionate love for beer which sometimes come across as him being that guy when it comes to craft beer. Don’t let that fool you though; Dillon simply wants everyone to experience beer the same way he does.

With an extensive variety of beer under his belt, and a good number of years experience in homebrewing, Dillon is probably going to be the Guy to tell you why that hefeweizen tastes like wheat and banana right before he tells you about the German Beer Purity Law Reinheitsgebot.

“I don’t hate ANY beer. Okay, that’s actually a lie. I DO hate some beer. But that doesn’t mean anyone else can’t love the beer that I hate. I just want people to drink the beer they love and be open to try the beer they’ve never had.”

Show us what you’re drinking!